There are incompatible changes in Python 3.9, so unadapted code may not be executable. This also applies to Packages, user code and external Python libraries.

Migration help can be found in the following Knowledge Base article.

Support of additional file formats for downstream analysis with TEST-GUIDE

Using the downstream analysis by TEST-GUIDE, analysis jobs can be distributed to ECU-TEST instances (PC, virtual machine, cloud) regardless of the test bench. As a result, valuable test resources (such as HiL) are not blocked by analysis and the testing rate can be significantly increased. The scope of tests to be carried out can be scaled further by carrying out the analyzes in parallel.

As of ECU-TEST 2021.4, all formats that can be used in Trace analysis are supported, especially ERG (IPG CarMaker) and OSI (ASAM). 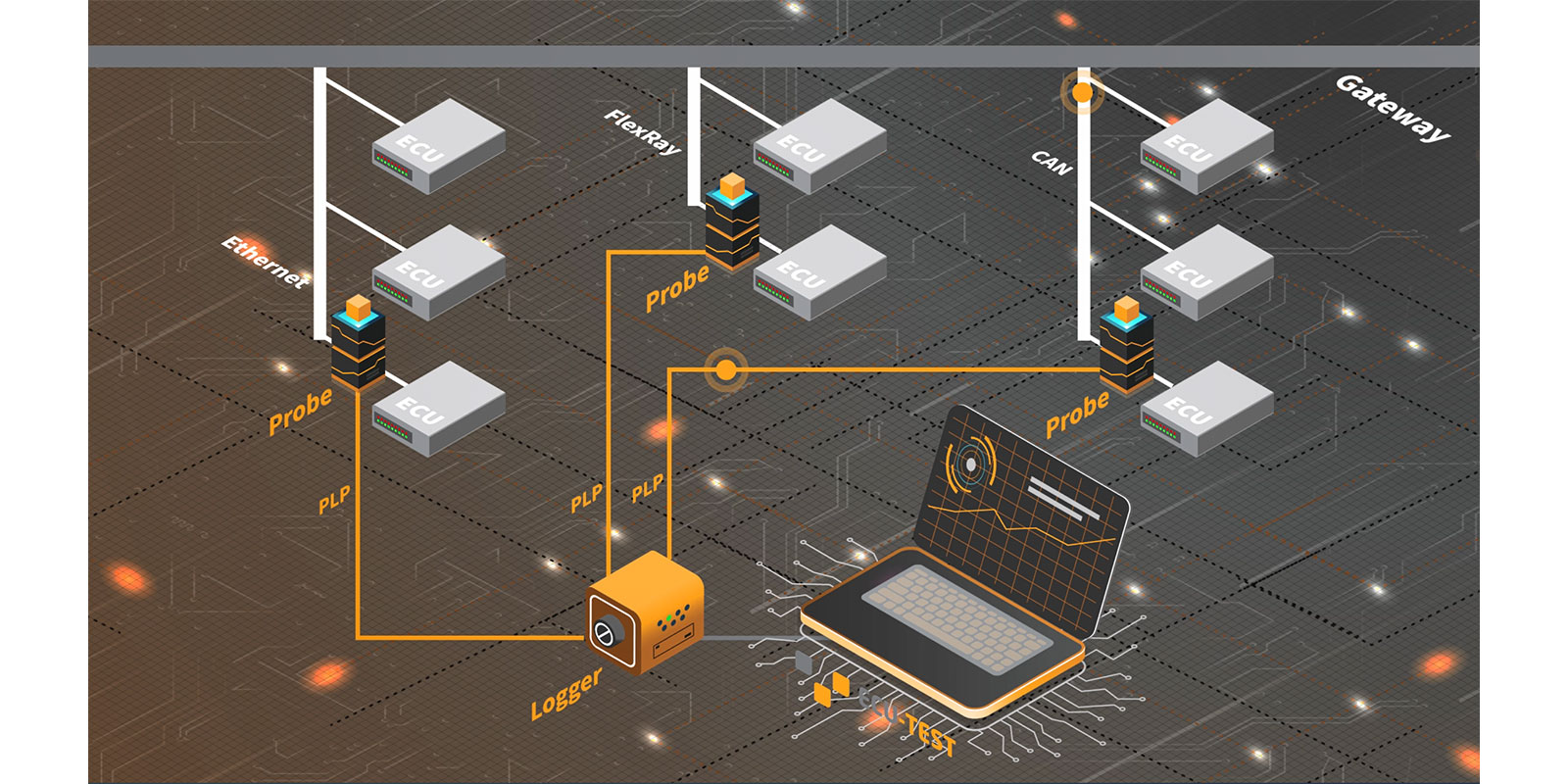 Current measurement hardware (such as loggers) use separate measuring heads (so-called probes) to gain access to the individual bus systems of the on-board electrical system. This makes it possible to respond flexibly to the increasing complexity of modern architectures. ECU-TEST has supported the associated Probe Logger Protocol (PLP) for live read access in the test case, recording and offline analysis from PCAPNG traces since several releases.

With the current release 2021.4, it is also possible to analyze log messages that were sent and recorded via PLP according to the DLT protocol (AUTOSAR Diagnostic, Log and Trace).

In addition, a feature flag allows the sample time-stamp to be used for analysis with significantly lower latency. If you are interested in this feature, please contact support@tracetronic.com.

For service-based communication with Ethernet or sensor models with OSI, it is often necessary to analyze signals that are part of a list or vector.

In addition to direct index access to the corresponding variables, an expectation can now be set for all elements or at least one element of the structure in the trace analysis. Two options are available for this:

Alternatively, the operations all(), any(), min() and max() can be called in the expression. This is especially useful when you want to save calculated logical signals.