Use of all supported network protocols with Vector Ethernet measurement hardware

ECU-TEST supports active and passive network communication for many protocols used in the automotive field. These include service-based communication via SOME/IP, DLT, AUTOSAR Socket Adaptor and many more.

In order to extend the usage possibilities of the service-based communication, several new enhancements have been implemented: 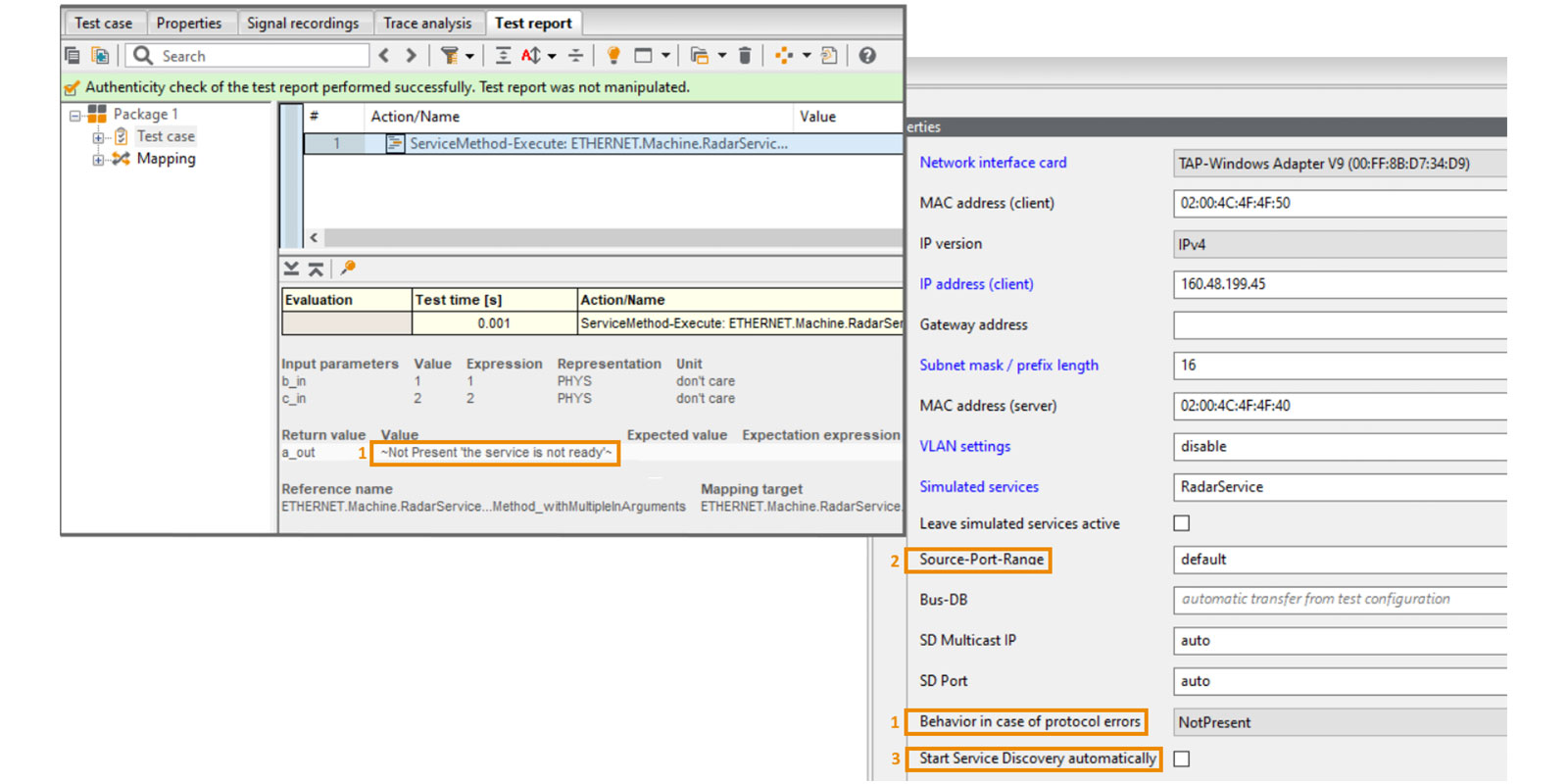 Furthermoore, there is access to services even if only the service-consumer relationship is mapped in the (ARXML) description file (ECU extract)

Playbooks are the central element in the Automotive DevOps Platform for the execution of test orders distributed on multiple test benches. Playbooks describe the workspace to be used – including test cases as well as the test bench setup and test bench teardown. Additionally, the three sections Setup, Tests and Teardown can be parametrized using global constants.

An included Template project with the given folders Setup, Test and Teardown simplifies the creation of playbooks.

More information on this can be found in the user documentation.

ASAM XIL: Dummy-Server and TestSuite as support to connect your own tools to ECU-TEST

ECU-TEST contains a tool connector called ASAM XIL which enables you to connect a variety of tools which implement a server interface according to the ASAM XIL-API.

This standard defines the interfaces for model, measurement, calibration and error simulation ports. Using these ports, you can read, write, record and play back stimulation sequences on variables.

The interface is also often used by users of ECU-TEST to connect tools they develop themselves to ECU-TEST. 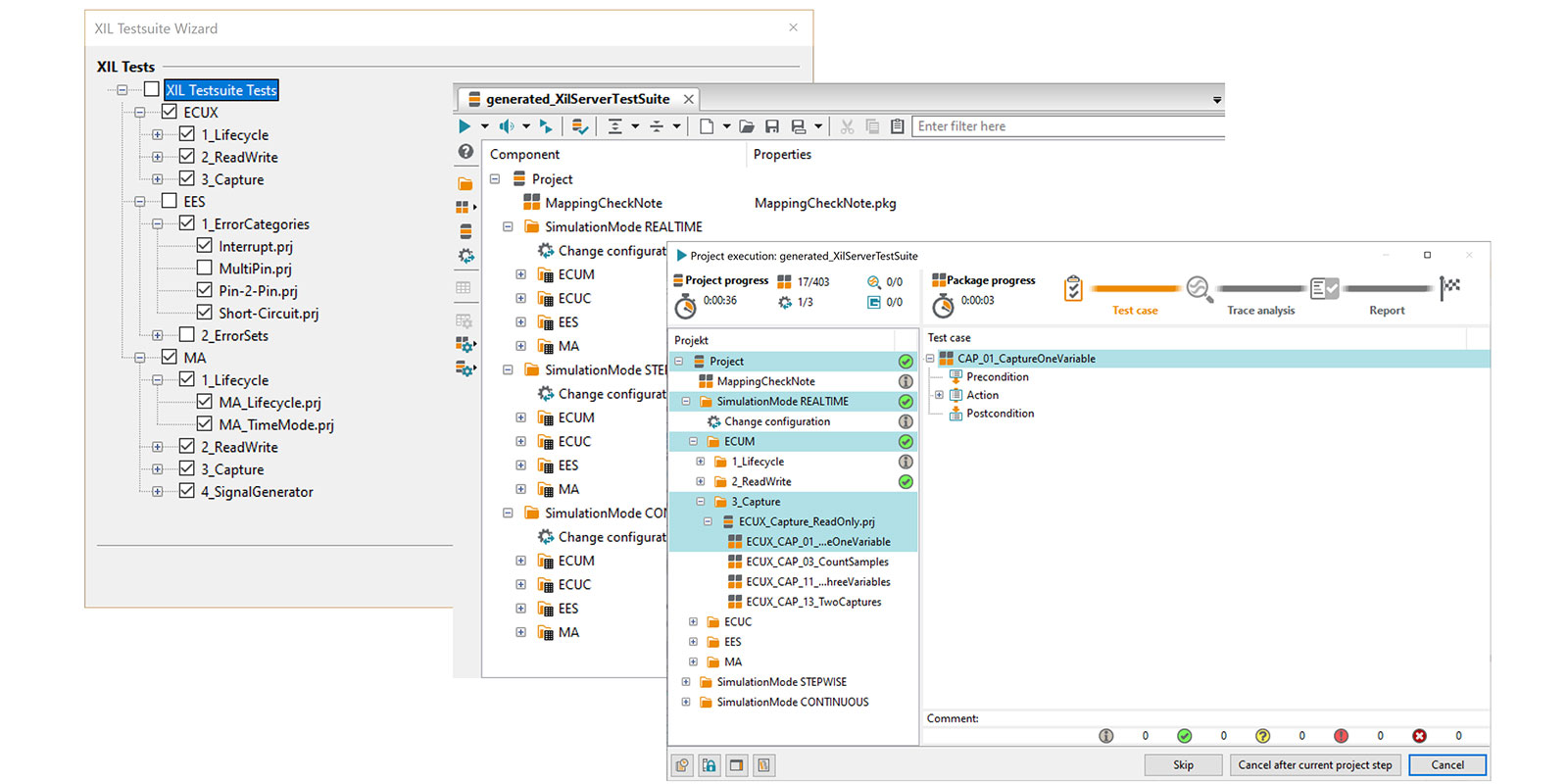 To support this, we have created a starter package which is available on demand from our customer support. It contains a working dummy server – including source code – which could be a good foundation for implementing your own server.

To test the compatibility of your server with ECU-TEST, we also provide a TestSuite.

This TestSuite contains a generator to help you to create the configurations and mappings, as well as select the suitable test cases for your server. After executing the generator you will receive a project in ECU-TEST which tests all the core functionality of the ASAM XIL interface and which creates a report document as reference for your level of compatibility.

This can be done using global mappings or parameter sets in a project, but is limited to one test quantity per test case as these mechanisms cannot change the mapping within a Package run.

This mechanism is available only for those mappings in the library Package which are of a generic type. This means that they do not point to a real target path.

Therefore, the mechanism was not available for jobs and image mappings. This has been changed with ECU-TEST 2021.2. Now you can create a library Package that reads an image mask, preprocesses the read image and applies text recognition. This Package can be used subsequently at any point of the test case. This approach improves the structure of your test cases and prevents redundant implementations of the same logic which lead to unnecessary maintenance work in the long run. 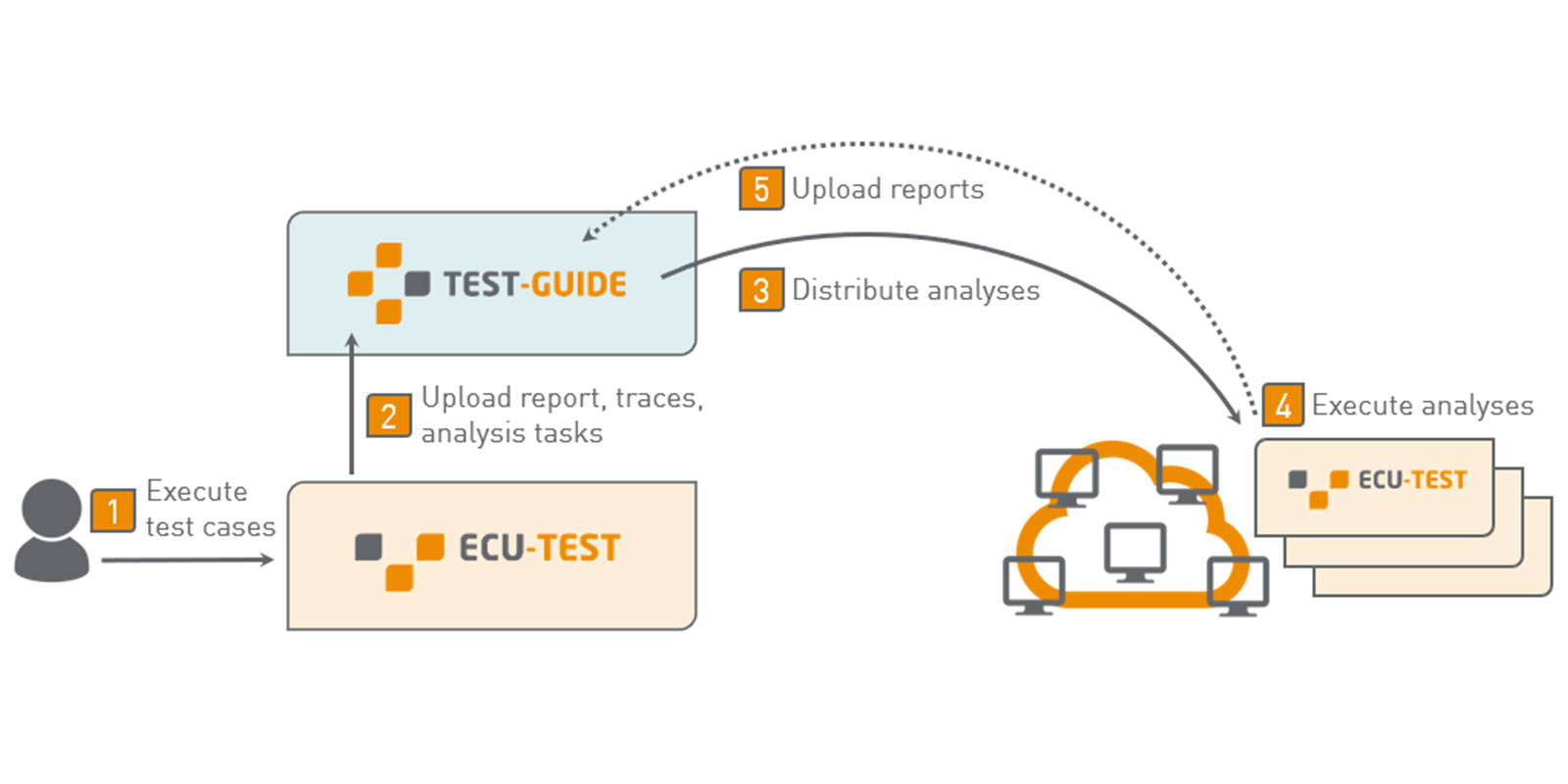 DYNA4 is an open simulation environment for virtual test driving. The DYNA4 connector offers the possibility of loading, parameterizing and starting tasks by using tool jobs.

SCANeR provides a simulation platform for creating and executing test scenarios in a virtual environment. The resulting recordings can be fetched and used in trace analysis. For SCANeR, it is possible to control and parameterize the simulation. 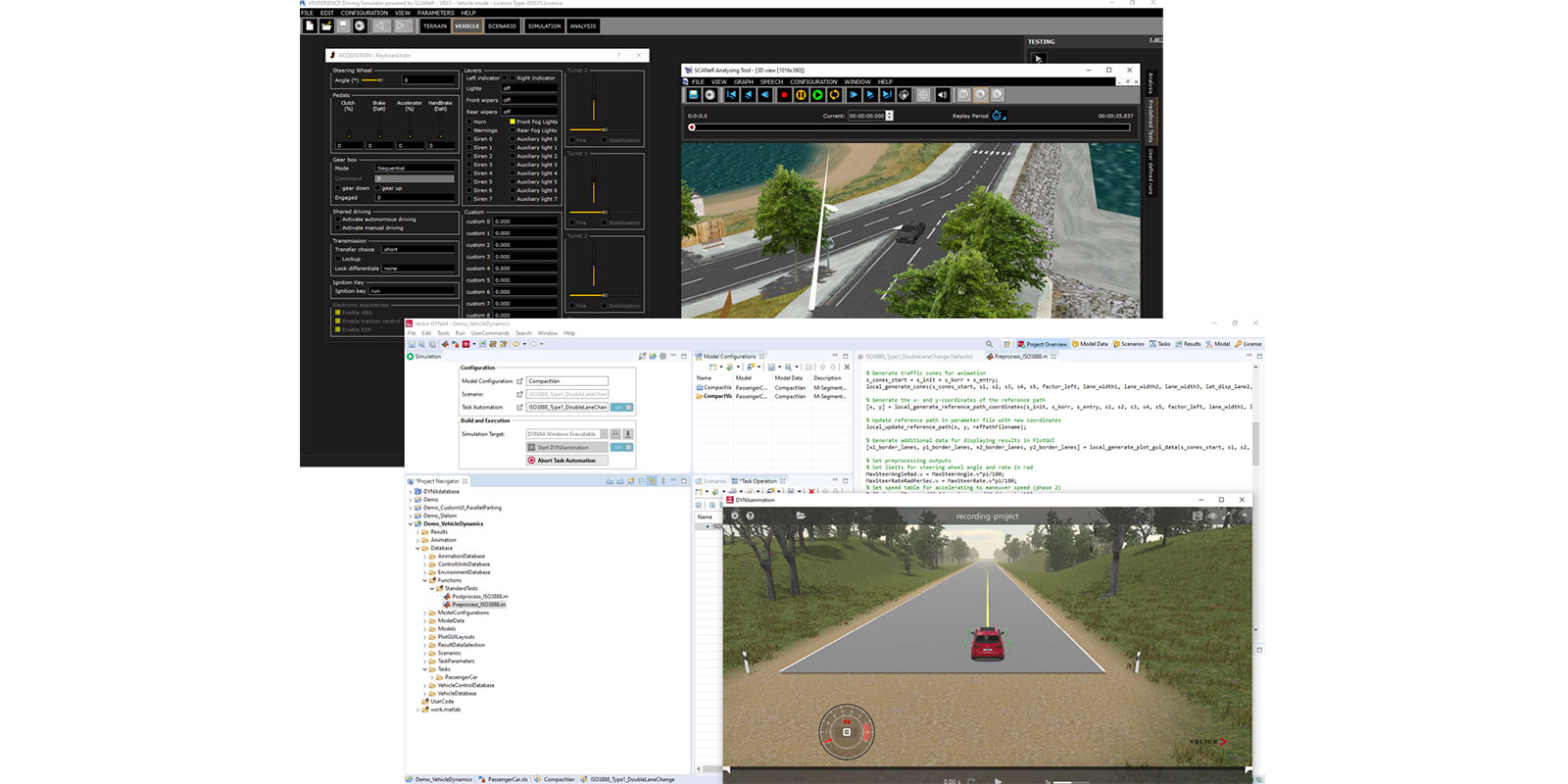