From now, on A2L and HEX files can be referenced by an ID in a TEST-GUIDE depository instead of by a (local) file path. For this purpose, we have expanded the ECU-TEST settings to include the option TEST-GUIDE artifacts. This also allows the configuration of multiple depositories. 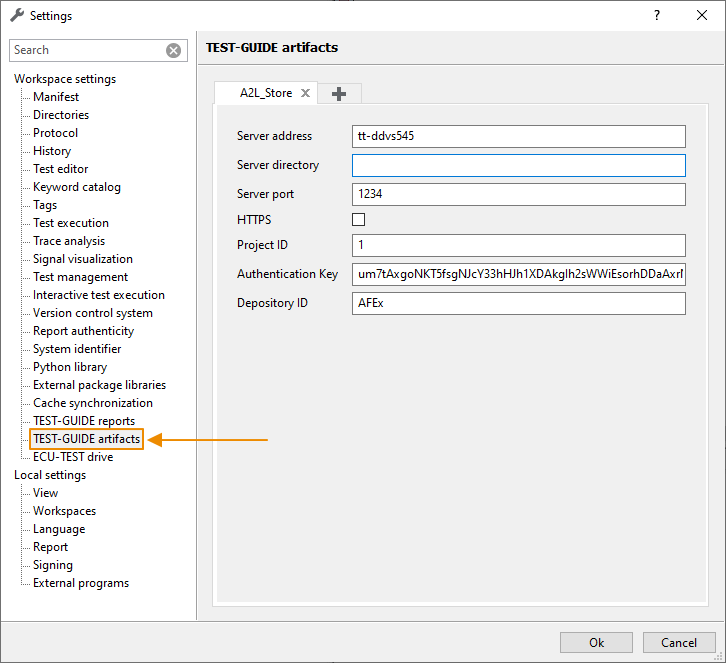 In addition, the test configuration editor now includes access to a depository browser that can be used to search and reference the A2L/HEX files.

Electrical system descriptions are often available not just in one file, they can also be split between different files. To read in the individual files, the folder in which the split files are located is entered in the Bus databases field.
It is important that the bus description files are complete overall, even if they are split between different files.

At the start of configuration, the bus description files of the directory are parsed and are available afterwards.

Note: Both unzipped and zipped archives can be read in. 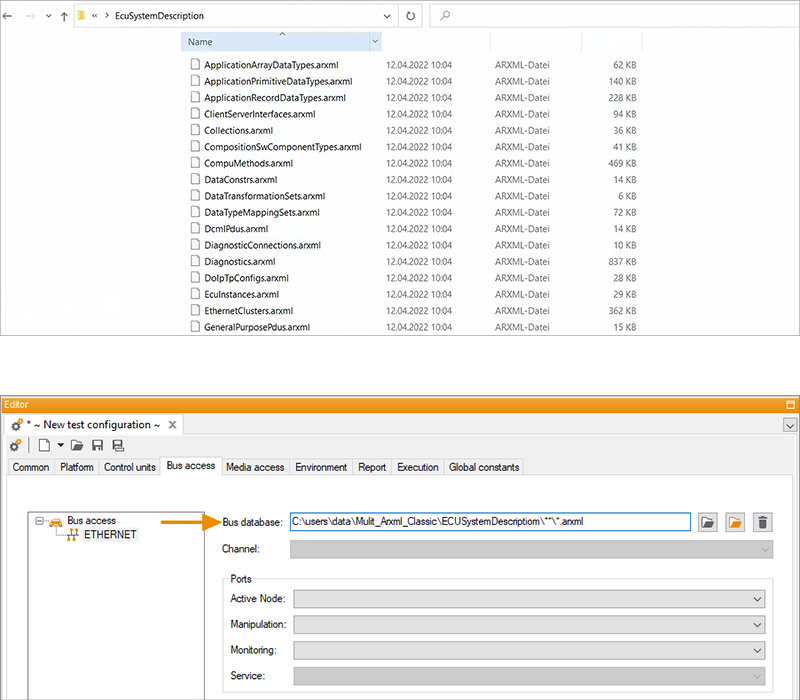 The specification-compliant implementations of the ethernet-based protocols SOME/IP, MACsec, and the MKA protocol used for key exchange are essential building blocks for functional electrical system communication. For testing robust protocol implementations, ECU-TEST offers new options for influencing the communication flow, for example feeding in faulty data. A detailed description of the new functions can be found in the user documentation section 'Manipulating network packets'.

In order to run specific load tests on the system-under-test, it is possible to send SOME/IP method calls very quickly one after the other, without waiting for the corresponding response.

In order to use the function, the 'Ignore response' option must be activated in the appropriate test step. 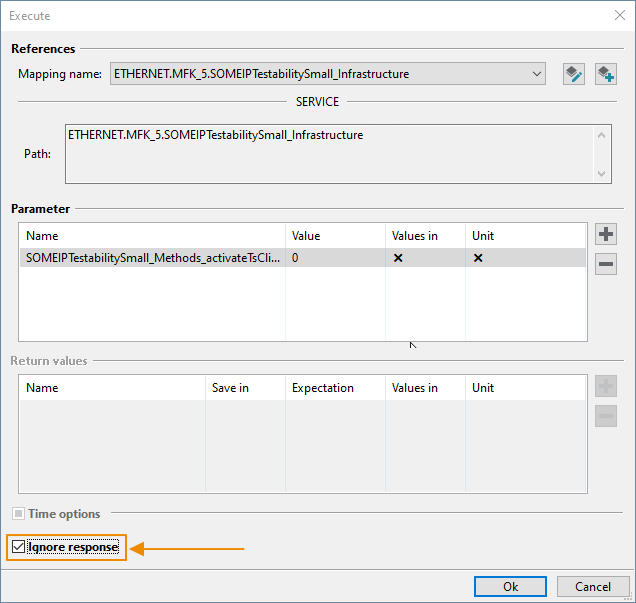 RTMaps from Intempora is a component-based software development and execution environment which enables users to time-stamp, record, synchronize and play back data from various sensors and vehicle buses. Product info

The newly created connection to ECU-TEST allows replays of traces to be automatically executed on PC-based simulation or on real-time platforms with new ECU functionalities. 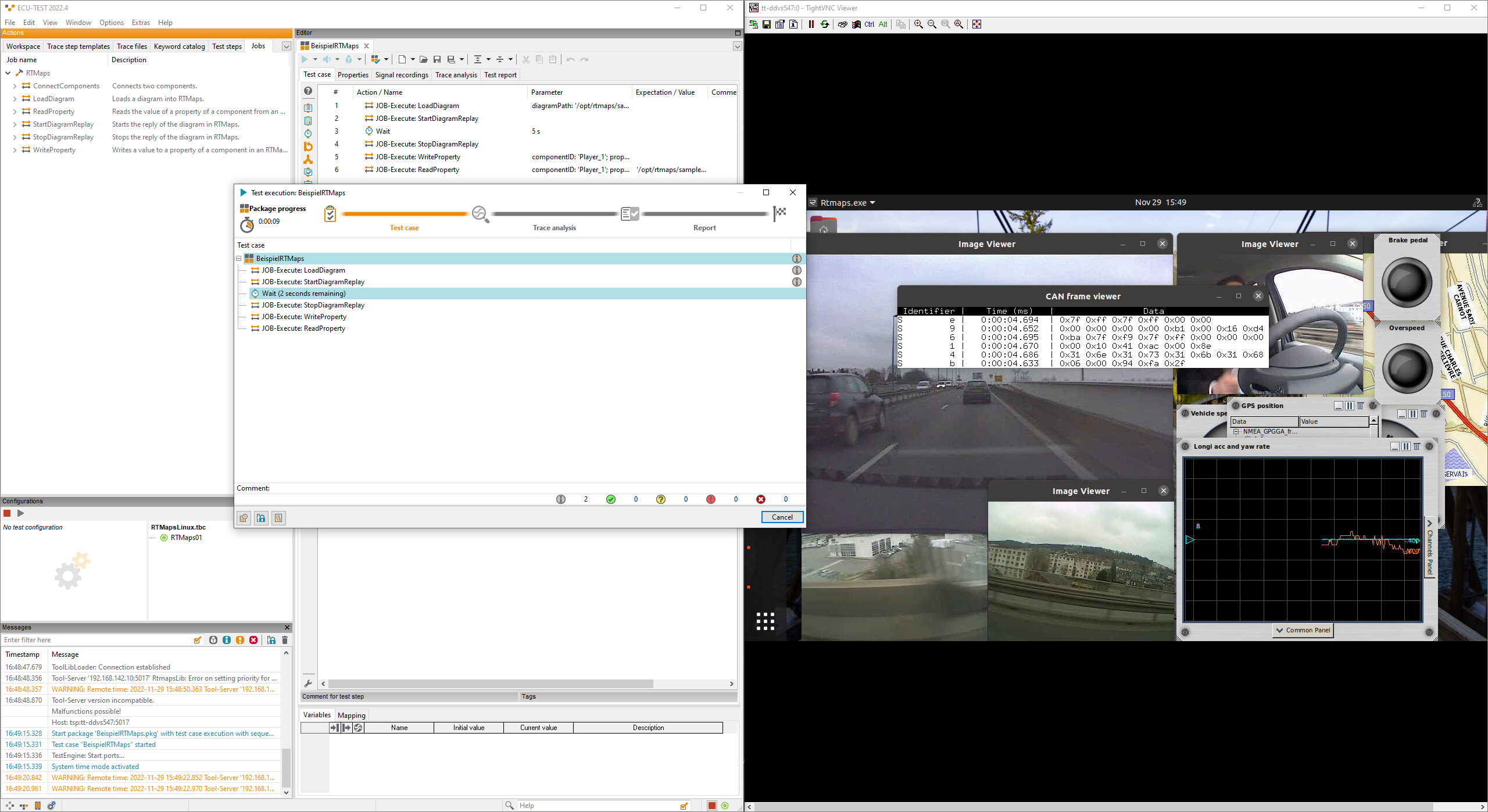 With the 'Message dialog' test step, a separate, interactive dialog with freely definable buttons for test execution can be created in ECU-TEST. When using this test step, its content is now also displayed in ECU-TEST drive and can be operated there.
In ECU-TEST drive, the title, the message type, the corresponding description and the defined buttons are displayed.
Depending on the selection and the configuration of the buttons, the test result is displayed.

Alternatively, you can stop the speaker prematurely by pressing a button during synchronous readout. 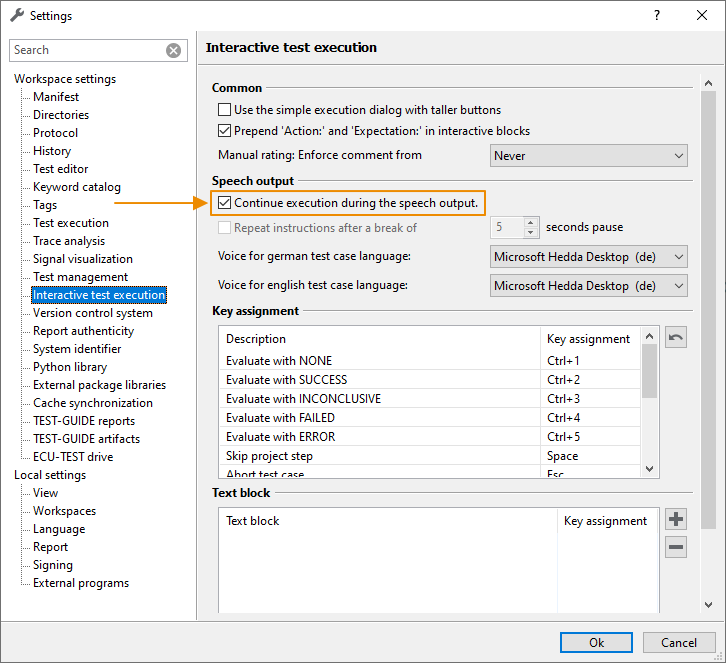 Creating variables from returns of sub-packages

When creating test cases in ECU-TEST, packages with a simple structure and different properties and functions are often reused in other packages.

Thus, the actual test case package is composed of many individual packages, or sub-packages.

In the current version, the creation of such nested test case packages is even easier, because the already defined variables of a sub-package are transferred directly into the new test case package with variable type, initial value, and description.

For connected FEP3 systems ECU-TEST now supports the recording and storing of FEP3 signals. For these signals, evaluation in the form of trace analysis is also possible.

With the new ASAM: XIL based connection to Synopsys: Silver, we optimized the previous connection in the following points.

Feel free to click through the features of past versions as well.
older versions
Want some videos? Then take a look at our YouTube channel.
YouTube
You would like to see ECU-TEST in use? Then browse through our product demos.
PRODUCT DEMOS

Trace analysis is a tool for analyzing signal data from traces in an automated manner. This also applies to differently rasterized signals. At points in time between two samples, the last available (hold) value is then automatically used.

Sometimes it is necessary to limit the test to a subrange so that all essential signals have a current sample. 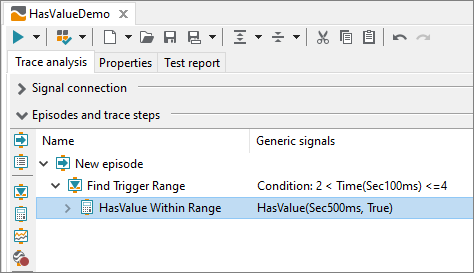 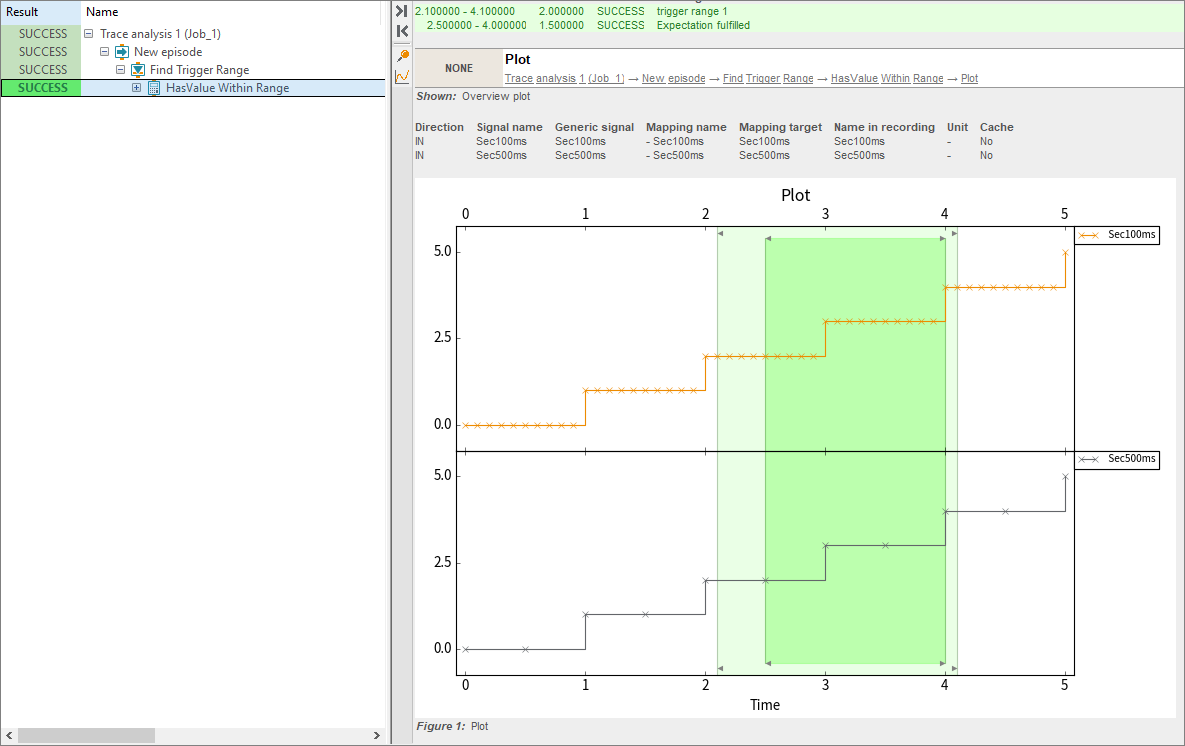 In addition to the existing option to specify an ignore time, the current program version also provides a simple, explicit language parameter for this: the HasValue function with the additional, optional restricted parameter.

If this parameter is set to 'True', the HasValue function behaves in each trigger area as if the trace starts there, i. e. information outside the trigger area is not taken into account.

Parquet files that have been split into several parts can be read in and evaluated with trace analysis. For this purpose, the files must be located in a common directory and follow a specific naming scheme, which is documented in the user documentation.

Until now, the AutoSPY Viewer, being opened from within the report, displayed in many cases the time range of the whole document. Even if no data was visible at the beginning or end of the trace. This reduced the readability of the signal display.

The new zoom function 'All signal data' (shortcut A) now limits the time range to the currently visible signal data. The former document zoom is still available via the menu or the 'Shift+A' shortcut. 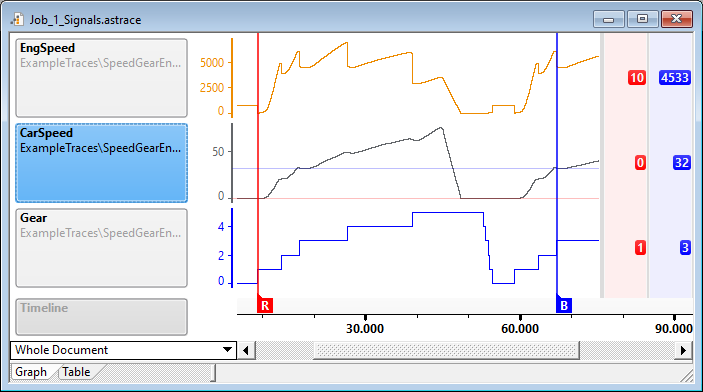 You are also welcome to click through the new features of past TRACE-CHECK versions.
older versions